How to be the story.


"Something's going to happen, and we're going to watch," William said with about, oh, 15 seconds? to go in overtime against Western Carolina in the semi-finals.

For some reason that truth was clearer to me this time around than perhaps any other time over the last eight seasons of Davidson basketball. Something's going to happen, and we're going to watch.

It was funny and odd to be within such a specific energy again, that energy of Davidson vs. Western in overtime in Asheville. It wasn't the same - a new mix of players, new chapters written, new phases in life for those of us watching - and yet it was close enough to feel eerie.

Sometimes when I watch a game, I like to pretend I can control the outcome. Play by play, possession by possession, I mutter and tense and curse and when good things happen ("Take that shot!" I yell, and the ball swishes through the net) it's because of my aura, my energy, my words. It's a fun illusion when things are going well.

And what about when things start to fall apart? I remember that control is this hazy cloudy fantasy floating just out of reach above my head, maybe in my head, un-grasp-able. Seconds drop down in a red neon glow, each one spurring a new action, response, action, response, nothing that can be guided by yelling at the referees or sitting in a certain seat.


When I was a student, losses devastated me, stayed in my stomach like a stone. Losing too many games, or losing one at the wrong time, would mean an end to a season I so enjoyed, the end of this part of the story - maybe someday the end of my entire part in the story. That was especially how it felt my senior year, when I sobbed so hard in the middle of West Virginia wilderness. It felt like THE END.

Instead, by some combination of hard work and happenstance, it has been the beginning of another story, many stories, a fresh cycle of time and place and people in whose midst I've had the privilege to exist.

It's included these seniors. Ryan and Will, whose trust, commitment and care for their teammates got them on the team. Clay, always up and cheering on the bench, focused and ready on the court. Chris, who hasn't let hip surgeries get in his way, who breathes work ethic and dedication. Tom, who committed before his senior year of high school, who has grown so stalwart and steady, whose mother donated money for me to go to Nigeria. De'Mon, who is our hometown pride, who battles and succeeds, who beams and leaps and loves this place with such infectious joy.

Because once I had never heard their names, and because now I cannot imagine the story without their chapter, I know it is not their end here. In some way, a story has just begun.

Because somewhere in these years, between deep breaths and hyperventilation, between seconds that seem like hours and then suddenly whoosh right past, I've started to learn. Something's going to happen, and we're going to watch.

This year, basketball has been entwined with my grandfather's passing. He had a stroke the day we played at Stetson. When we played Johnson & Wales a week later he hadn't improved, and I sat in my seat and stared at the court but didn't see much. I skipped the Drexel game the next week to go home and see him in hospice care. And a few hours after his funeral, the final moments regulation against UNC reminded me why I am surely his granddaughter, for he too would have loved the excitement of taking the 'Heels to overtime.

Something's going to happen, and we're going to watch. It sounds passive at first, until you realize that within the happening and the watching there occurs some kind of unspoken sacred exchange: the universe hands you a truth and you have to decide how you're going to hold it.

Too zen for a sports metaphor? You decide. I'm stickin' to it.

When the buzzer sounded, I put my hands on William's and Sallie's shoulders. Then I stood and clapped for our team. I wanted to wrap my heart around De'Mon, who took time to shake the hand of every opponent. Then I clapped during the fight song, even though it was hard to hear in the commotion.

Most of what I could take in was that I stood between two of my favorite people, in a row of friends, who are my friends because of what this all means to us. I gathered myself into that moment. And then I walked outside, where my dearest favorite waited for me. I still marvel that it's because of this that I know him at all.

Something's going to happen, and we're going to watch. It's the we, I think, that does it for me. Players and fans, students and alumni, townspeople, all part of a community. That's what makes it a gift; that's what makes it a story. We are the ones who ensure that it goes on. Thanks to that truth, we'll always be ready for whatever comes on the next page. 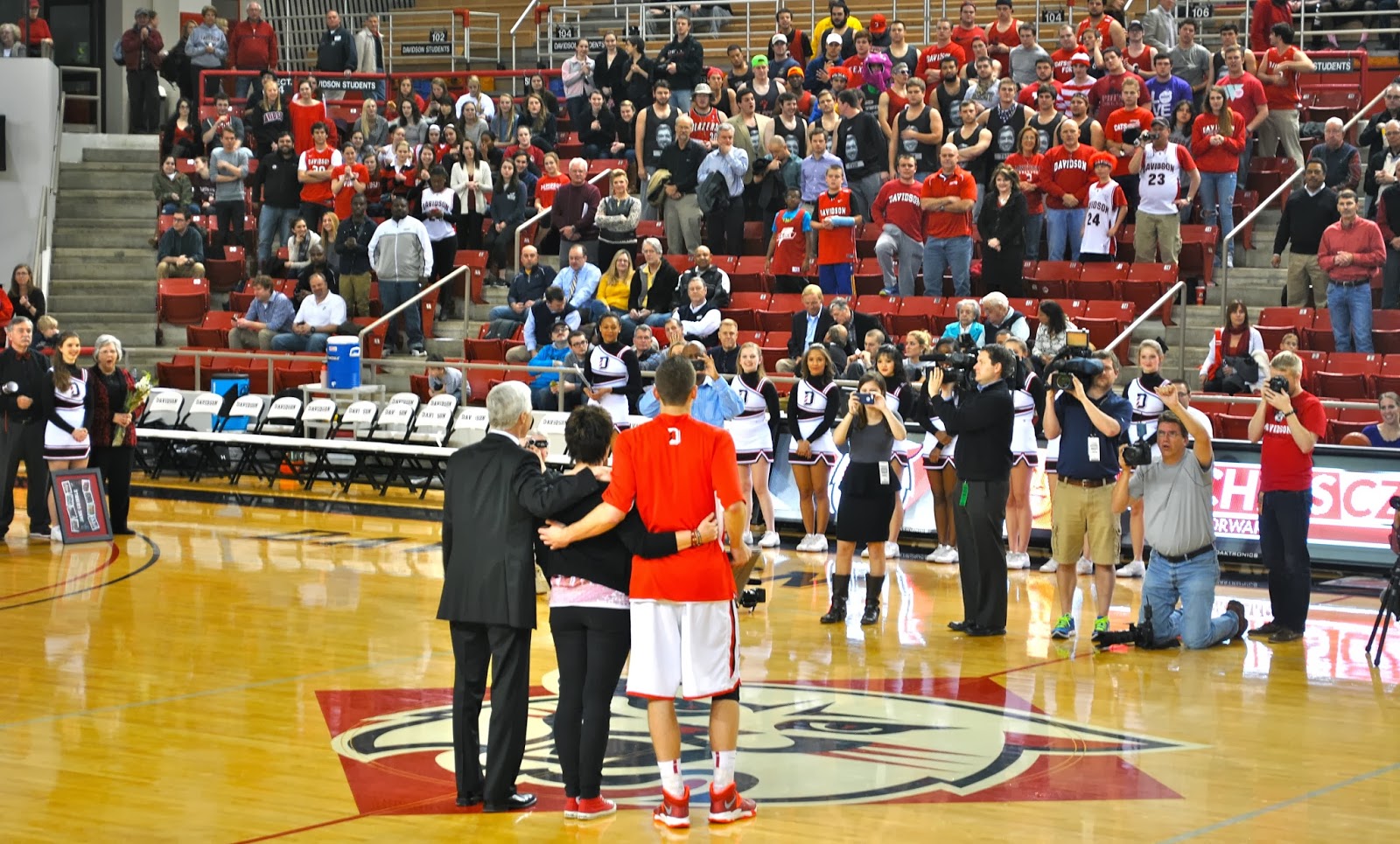 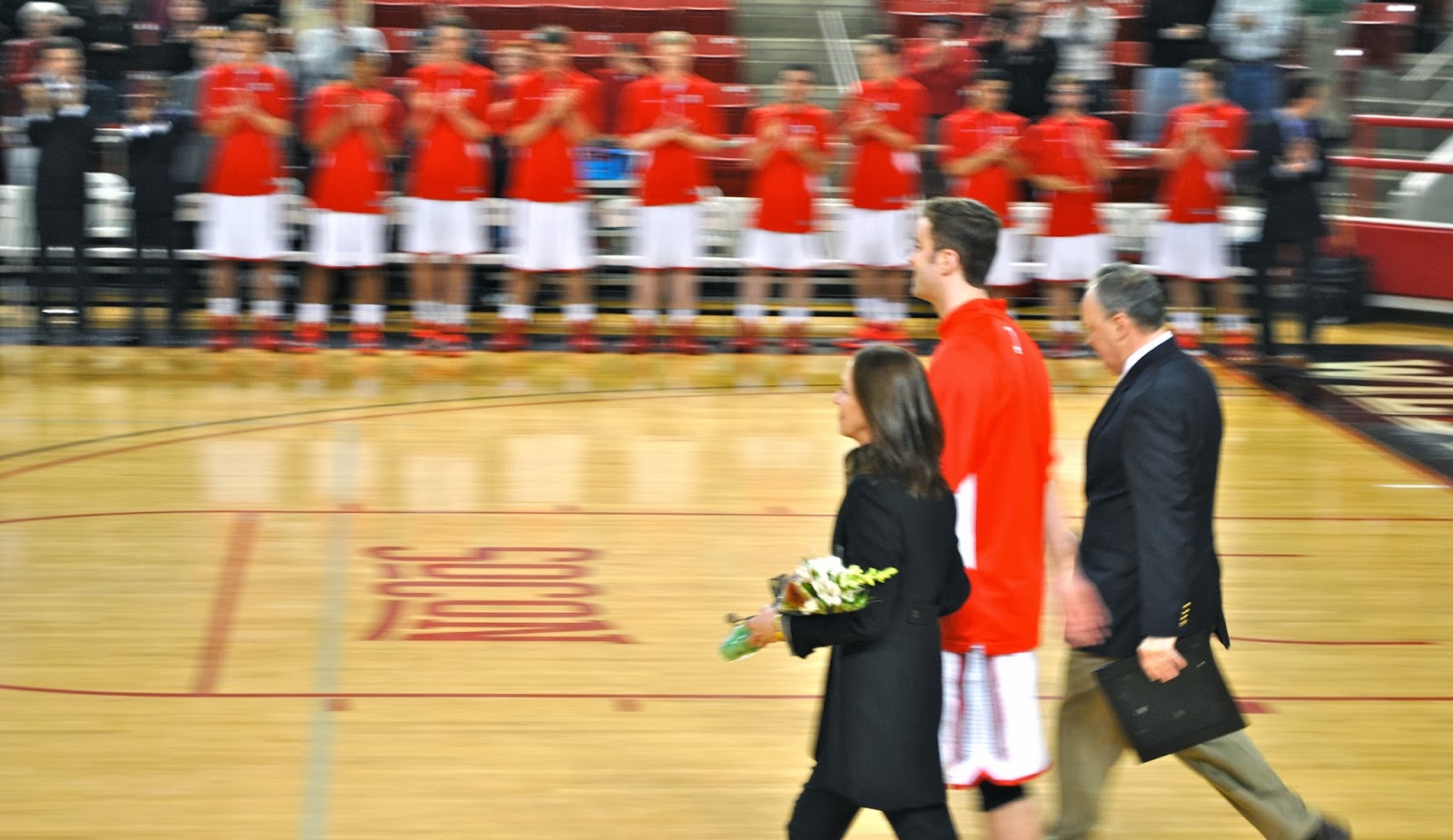 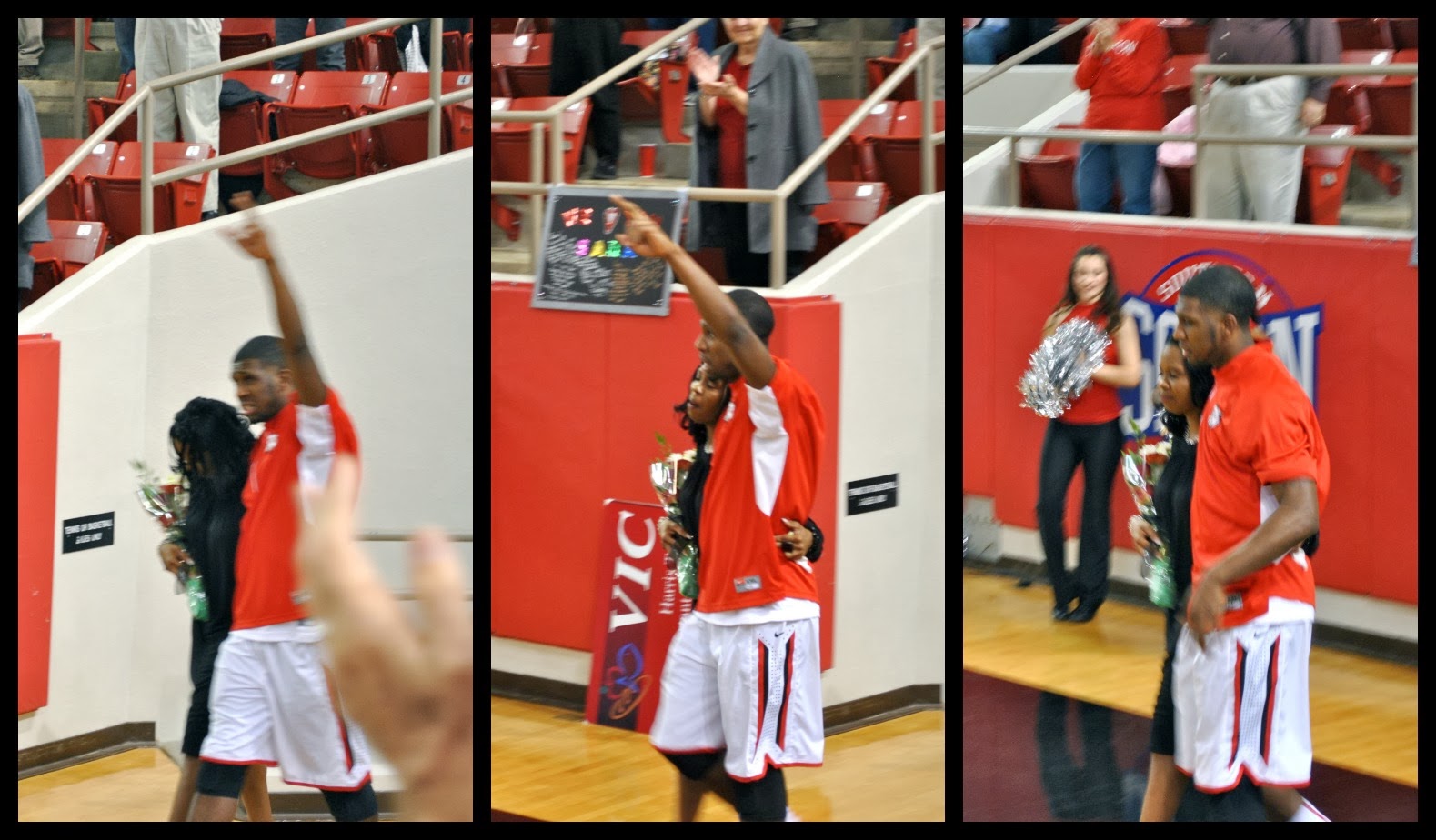