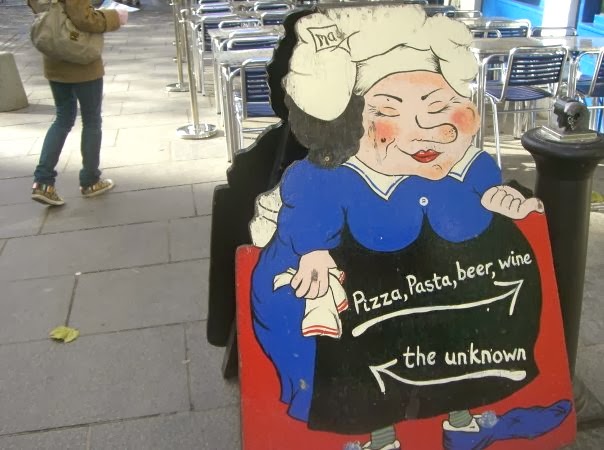 It was the wicked and wild wind
blew down the doors and let me in...
- Coldplay, "Viva la Vida"

It wasn't a wicked wind so much as a sophomore slump that drove me to apply for my junior semester abroad earlier than I had originally planned. While my friends were already chattering about France, Spain and Italy as soon as we moved in our second year, I had held back, certain in my uncertainty. I'm not ready to go away for that long so soon, I told myself (even though "so soon" was still a year away). I need to stay on campus next autumn and then I'll be ready by January.

Not ready. Ready. Words that held so much weight, boundary words, words that made me safe. If I wasn't ready, no one could argue, I couldn't argue with myself. When I was ready, I imagined that somehow everything would become clear and I would have no trouble transitioning from my bubble of family, friends and school to living an ocean away. Not ready. Ready. Words I didn't know the first thing about, really.

What I did know: Second semester of that second year was off to a crappy start. Well, basketball was pretty great, but other than that, life at college felt different. Friendships that had grounded me suddenly felt unsteady, boys were wonderful but equally frustrating, and my beloved little campus was becoming too crowded and overly familiar for my liking. I never thought it would happen, but I was slumping hard.

In the midst of darkness, I went in search of fresh, free and flourishing. I connected with new friends. I delved deeper into my fellowship groups. I let myself enjoy and appreciate being single. And I started to frequent the Study Abroad Office. I perused brochures and went to program fairs, joined in on conversations with my friends who were already excited about their autumn plans. I realized that if they traveled in the fall and I waited until the spring, we would miss each other for an entire year. I realized that I would miss March Madness, a consideration that grew much more significant as the current basketball season gained steam.

I realized that in the midst of much unexpected change and frustration, I had come to know myself better. I realized that I was Ready - and that Ready didn't mean that I had to have zero qualms about moving away for three months. Instead, it meant accepting that I wouldn't, couldn't know everything, that to an extent I would have to go in blind. And it meant believing that I would be okay.

Which I would be. Which I was.

This week marks five years since I returned from that semester abroad at the University of East Anglia in Norwich, England. As with most occurrences related to time and memory, it's simultaneously easy and difficult to believe it's been that long. I've had many since, but I'll always consider those three months to be one of my most important adventures.

While I was gone, America decided to have a little bit of a breakdown. I touched down at Heathrow the day Lehman Brothers went under and landed back at Newark the night Bernie Madoff was arrested. In between, my friends and I and a few hundred others crammed ourselves into the campus pub (because in England you have a campus pub) to pull an all-nighter with CNN blaring, until the words rolled across the screen at five a.m., BARACK OBAMA ELECTED PRESIDENT, and every single one of us, every young voice in that bar - British, American, Asian, African, European - bellowed like the world was saved, like a war had ended.

That was the big picture, the picture the world will remember. But inside my own self, my growing and venturing spirit, it was the small moments that lit up autumn in Norfolk. 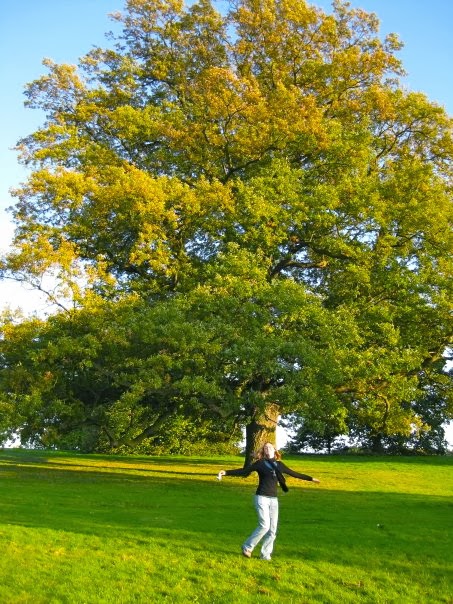 Lacing up my shoes and learning the route from my flat to campus. My weirdly diverse iTunes playlist that I would stick in my ears on the way to each class, songs rife with beat and memory that still make me think of that daily walk, "Viva la Vida," "Thank God I'm a Country Boy," "Walk It Out." Discussions in the classroom. Meeting with professors. Taking the 25 or 35 bus to city centre and shopping for groceries or stopping at Starbucks (which seems to be cozily exactly the same in all countries). Buying a purple British cell phone, memorizing my number. Finding favorites: foods, shops, restaurants. Studying at the library, printing a paper. Planning: a surprise birthday party, a Thanksgiving feast, trips to London, Paris, Edinburgh, Belfast, Dublin. Taking, and barely making, and sometimes missing, trains - and learning to take the next one. Walking around the campus lake. Going to the movies, going shopping. Making dinner. Skyping with family. Singing in the choir. All in a place that had been blank and strange to me only months, weeks before.

I found a church, and felt so welcomed. Hymns, handshakes, biscuits and tea, genuinely loving people that I wish I'd thanked better.

I found friends. Real friends! We traveled together, gathered together, got confused and lost and tired together, celebrated together. We watched movies and ate together, shopped together, went on jaunts around our new town, found our ways to and from together. We took classes together. We supported each other in ways big and small. We got stranded at an unfamiliar train station close to midnight and directed a cab driver all the way back to campus without checking a map. We played six degrees of separation, played in the snow. We sang Disney songs, albeit a tad tipsily. We saw Platform 9 3/4 and sobbed at "Les Mis." We had a dance party on a boat floating down the River Thames. We always laughed. And one of these days, we'll find our way back to each other and remember it all together.

That last morning, three of us took an early morning bus from campus back to Heathrow. Before we loaded and left, I walked through campus to drop off our flat keys. It was dark and cold and quiet. Rabbits nibbled silently at the frozen grass. It hit me again: I'm in England. How many times had I been awed by that fact? How many times had it seemed normal? My footsteps clicked and clacked. I didn't see a soul. So unlike the days and nights of voices and music and noise and life. I breathed foggy white breaths and thought my goodbyes to the bookstore, the union, the pub, the cafe, the library, the post office. The keys slid through the door slot with a clink.

When I got on the bus and we pulled away, started driving through the city, all three of us started to cry. I pressed my face to the glass and bawled as we rolled past what had become my church.

It's different saying goodbye to a place when it's about to be a vast, deep, icy ocean away.

"Was it amazing?" everyone asked with wide eyes upon my return. "Was it just flat-out amazing?"

Yes, it was. It was amazing because it became un-amazing. It became a normal, everyday, habitual, lovely life. It had been that Ready of expectation, excitement, uncertainty. Then I waded into it, lived it deeply, through fear and wonder, until it seemed like it had always been waiting for me. And when the wheels touched down on the other side, when my American cell phone suddenly began to beep and buzz, when I spotted my parents at baggage claim, when I came home -

I knew that this Ready, this step, had prepared me for the next, whatever it would be.

Five years later, on it goes. 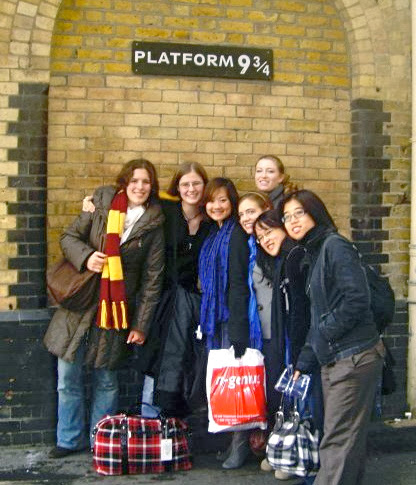 This is beautiful, Claire! Makes me miss everyone and Norwich in the best way possible.