What I loved in June, travel edition

Well, y'all, June happened. All 30 days of it. Awhile ago now. But I can't seem to remember much of it prior to our fantastic Pacific Northwest vacation at the end of the month and into July.

Two of my dear friends from college got married (to each other) in Bremerton, Washington, which spurred the adventure. We spent time there, and in Seattle, and after that we headed to Portland for a few days.

I can't rank these highlights (and there's way more than ten), so I'm posting them chronologically, and there was so much great food that I'm giving it its own section. We loved it out there and can't wait to go back! 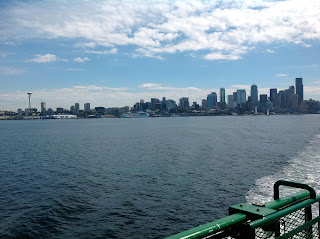 
Friends, if you've made it through this whole spiel, I'm pretty impressed.