6. Experience: Oh lord. I can’t even put them in an order after this first one. Every single thing leading up to Davidson College Basketball Elite 8 and its still-unbelievable repercussions; September weekend at Davidson and seeing everyone, especially spending time with Joe and Zach; Election night 2008 12-6 AM and President elect Barack Obama (!!!!!); Beijing Olympic swimming, Michael Phelps, Lezak, and co.; going abroad, living in England, meeting so many new people, and traveling to Paris/Tours, Edinburgh, Belfast, Dublin, and various England locales; London Weekend, especially Les Mis and the boat cruise/dance party/Platform 9 ¾; coming home from England and going to Davidson—seeing everyone again, going to the basketball game; Amy and Ryan’s wedding

7. Concert: The Generals’ Big Show. And does jamming in the Eco House count?

10. Day: Honestly? See #6. Plus random days and nights laughing with friends new and old, at home, in England, France, at Davidson… there are too many of those to count.


1. Where were you when it began? Home

3. What was your New Year wish? Did I have one?

4. How many boyfriends? big fat zer-o.

6. Have any crushes? You kidding me?

7. Care to mention names? Silly ones like Heath Ledger, Zac Efron, and Michael Phelps, and not-so-silly ones that are not to be mentioned on this public domain of cyberspace. Ha HA, nice try.

10. Missed anyone? Everyone on the above list. I missed being at Davidson in the fall, even though I was happy and adventurous in England.

13. Worst place you went to? I’ve decided I don’t like the way this question is worded. But, still—Peterborough station at 9:30 pm when our train was delayed after Warwick/Stratford. Ugh.

14. Happiest moment? It isn’t possible to name just one. It never is, but this year seems especially... deep and full. Davidson vs. UNCG/all home games/winning SoCon/beating Gonzaga/beating Georgetown (this might be the top. Watching it happen, "Davidson back from the dead"-- screaming my head off with Elizabeth on the phone, and the unparalleled frenzy of BLISS because it was the impossible come true.)/beating Wisconsin (but this, this was so EASY and joyful and triumphant and uh, I WAS THERE)/the Kansas game (because really? REALLY?). Hanging out at Chilis and the Doubletree in Dearborn, Michigan. Davidson commencement (happy/sad). Seeing good dear friends at Davidson in September. Sitting in the UEA Blue Bar at 4 AM on Nov 4, counting down til California polls closed, seeing those words, screaming with relief and celebration with Americans and Brits alike. Landing in Charlotte. Seeing Mom and Dad. Going back to campus. Seeing everyone in the Union, joy after joy after big damn joy. Davidson vs. UTC. Seeing my name and my words printed in Kruse’s blog and book (whaaaat?!!?). Amy and Ryan’s wedding and reception--so fantastic.
*
There's a section in this silly survey labeled "hopes for 2009," but I don't really know what to say for that. Looking back at all the people I've met and the changes and amazing experiences I've had over the last 365 days, I don't know if I should hope for anything specific-- just take what comes along. Because on December 31, 2007, I had no idea that I was going to go to England for three months and have lifelong friends and adventures. I didn't know who I would have crushes on or who I would drift apart from. Hillary Clinton was the Democratic front-runner. My brother didn't know where he would end up for college. Davidson College was 4-6 in basketball and our two best players were "RichardsON" and "StephON." Michael Phelps thought he could maybe win eight gold medals. I didn't ever dream I would end up standing in Ford Field with 50,000 other people, gripping hands, screaming "WE BELIEVE!" and watching the boys below, one of the five teams left in the race for the national championship. Or that Neil Diamond would show up via video to serenade us with (a vee-e-e-ry slow) SO GOOD! SO GOOD! SO GOOD! wearing a t-shirt that I own. That words I wrote of my own accord, words I never thought anyone would read, would be published in a book describing the season, the moment. That I could even write over two hundred and fifty pages about it all--my school, my home, my life. The most I've ever written. That two years of an election came to one moment of jubilation because of so many different people--because of me and my friends. A moment among many that gives me hope for 2009.


That's the coolest/scariest/best/most unbelievable thing about it. They were all moments. Moments that led to moments that led to...yeah. Is there another way to say it? It comes and goes, reeling by so fast sometimes that I forget that. So much of what was started this year isn't finished. It goes on and on and on and I'm excited. 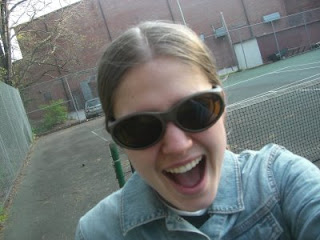 Claire--I'm so glad that our wedding made your list. =) I didn't get a chance to tell you how much it meant to me to have you there reading scripture. Somehow it was like coming full circle. Thanks for that.

Also, I want to know more about these "words" you've had published...